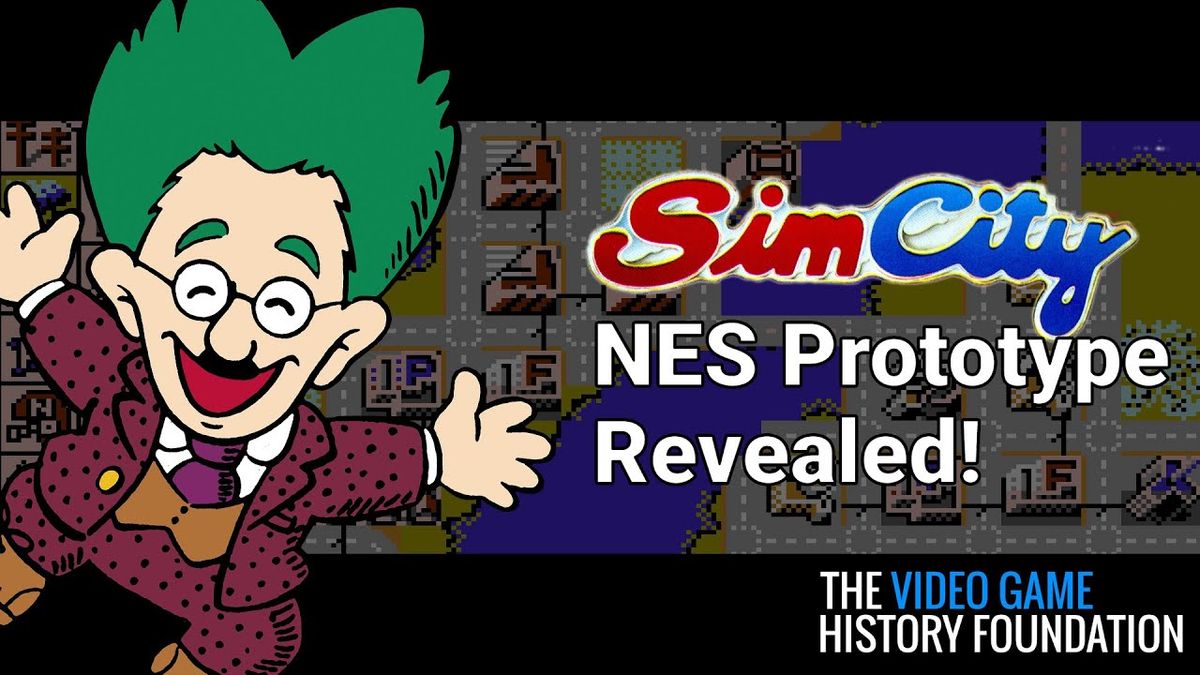 When SimCity was released for the Super Nintendo Entertainment System (NES) and I got to try it out from the rental store - I was amazed. I had never played a simulation game before and SimCity kept my attention for hours on end. That was in the 90s, such a great time.

SimCity for the NES made a brief appearance at the Winter Consumer Electronics Show in 1991, but was canceled soon after, and was never seen again. That's what was thought until a cartridge containing an unfinished version of the game materialized at 2017’s Portland Retro Gaming Expo.

To cut to the chase: This prototype is obviously not a finished game, as there are critical bugs, typos, and missing content, but the majority of the game’s features are intact in one form or another and the game is completely playable. Given the cartridge’s intended purpose, this shouldn’t come as a surprise. The game was never meant to be played outside of a controlled environment, whether it be a focus test with Nintendo employees present, or, as we suspect, a trade show, so there was no reason for it to be completely polished. The developers never anticipated historians somehow accessing this game nearly 30 years later and tearing it apart. They probably didn’t even expect anyone to play it for more than a few minutes! While theoretically players of this cartridge at the time could get far enough into the game to start noticing its flaws, this was extremely unlikely.

For the complete story on SimCity from it's development to it's re-discovery, please follow the link to the Video Game History Foundation found below.