For those that are unable to resolve the “Dependencies Not Met” error in XBMC, this post will hopefully be your last stop. I decided to write this article because the I would normally deal with an XBMC unit that was displaying errors, was to wipe XBMC clean to default settings using the Fusion Repo.

Then I tried to remove all Repos from the file manager, added them again and tried to install the plugins…but alas, “Dependencies Not Met” kept greeting me. After some careful though, it seems that the “Dependencies” are part of XBMC and not installed through any plugin. So was pretty sure that something was broken with XBMC…more accurately, the Dependencies were broken..or missing.

And then I decided to uninstall XBMC, and try reinstalling it. The “Dependencies” error stopped, I was able to install my plugins, repos, XBMC Hub, Mashup and everything was up and running again.

Here’s how I resolved the error through SSH, good luck:

STEP 1: SSH into your Apple TV

It will ask you if you want to continue:

The following packages will be REMOVED:
org.xbmc.xbmc-atv2
0 upgraded, 0 newly installed, 1 to remove and 5 not upgraded.
After this operation, 0B of additional disk space will be used.
Do you want to continue [Y/n]?

XBMC will uninstall from your Apple TV but will leave certain things (databases and everything in your userdata folder) behind to make it easier if you wanted to reinstall. To delete those also run:

This will then be completely clear and XBMC will be removed.

XBMC has three dependencies that it installs along with itself when you first install XBMC (org.xbmc.xbmc-seatbeltunlock, gawk, bsdiff). After uninstalling XBMC you can also uninstall these 3 dependencies by running this command: 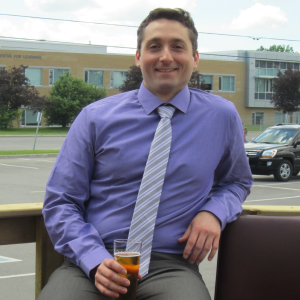